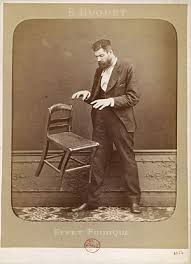 I never saw someone who has paranormal powers like telekinesis..Is that something can made by everybody ?

“Telekinesis” is what is referred to a “siddhi” in yogic language. In Sanskrit “siddhi” means a perfected state of mind. Automatically when certain states of mind are achieved, siddhis result. Other siddhis are telepathy, invisibility, clairaudience, clairvoyance, levitation, etc.

It is not recommended to make the focus of any yogic practice into acquiring siddhis. However, yes, it is possible for anyone to acquire siddhis….

What does it mean that doing the more advanced yogic practices can have some very negative effects if the mind, body and spirit are not yet clear and strong enough to support all of the energy that comes through?

When doing the more advanced practices we begin to become aware of things about existence that can completely turn our world upside down. One brief example:

Things that we never thought possible might begin to become clear to us as being a reality. We begin to understand certain things, and at the same time we also begin to realize that many other people are not to perceiving those same things. This could, for example, cause a person to think he is special, or chosen…. for instance, he may begin to believe that he is the reincarnation of Jesus or Mohammed. In fact, this actually *does* happen….

People end up having schizophrenia and other mental illnesses, such as depression, paranoia, and inferiority/superiority complexes because of their spiritual awakenings.

This can be avoided, though, if the practices are done in a systematic way. It is highly recommended that when beginning any advanced practices that some system of support be sought out, such as a spiritual group that has a history with these practices, a guru, or other competent and experienced teacher.

Furthermore, I cannot stress enough the importance of cleanliness of the body before beginning these practices. The diet should be a very clean vegetarian (or even very highly raw vegan) diet.

I am building a non-profit organization with the aim of bringing people to their divine states, to self-realization. It is called Advancement of Civilization Effort. Someone found this site the other day, and then contacted me. One of the questions that he asked:

If yoga is about transcending desire, then is it compatible with “advancing civilization”, which is arguably all about desire?

Well, in fact advancement of civilization happens quite naturally…. in the same way that time does.
We are all born with a dharma, a function, a program, a role… we each have our position to play in that divine comedy.
Every action that we take, every eyelash that falls to the ground is advancing civilization.
As well, “transcending desire” does not mean to stop acting, or to stop changing and evolving things…. quite the contrary… it means to not be inhibited in our divine creations because of some attachment, some addiction, to something that distracts our attention and ability to create and manifest our dreams away from being limitless.
….And ACE is about advancing to a state at which we realize this exact thing… to be able to act spontaneously in alignment with our divine nature, without the blockages of desire and attachment.
The type of “desire” that we want to transcend are those things that leave us with feelings of separation from our divine selves…. transcending attachments that make us feel like we are not good enough, like our life can me more perfect than it is.
Everything is perfect…. and this is the state of mind that is meant by “advancement of civilization”; bringing people out of a state of suffering.
If there is some effort in life that causes feelings of happiness and liberation, then there is no problem with the “desire” or the “inspiration” to perform that effort…. because the ultimate goal is not to transcend anything but our sufferings so that we can live a life of bliss, contentment and sharing.
Om
Standard

What is the defining quality of a yoga master?

Is it that he has many followers?

Is it that he achieves incredible contortions of his body?

Can you recognize him by the fact that he is an emaciated Indian mediating for years without food or water in the forest?

Non, none of these is the defining quality of a yoga master. So what is?

Quite simply, a yoga master is one who just *is*. He is in union and harmony, both within and without. This is the only defining quality.

Although all of these other things may accompany certain individual masters, they are not common to all.

Being a yoga master is quite attainable, and is achieved right now by simply letting go…accepting…surrendering.

I recently set up a series of open air classes called “Yoga for All”, the main principal being to make yoga accessible to all people, and to bring people together in a similar style to “Yoga to the People” of the United States. I invited several yoga teachers to join me, and I received the following question/concern:

Nice idea. I really like the notion of accessible yoga, but I just wonder if these classes will attract people who are stingy, rather than people who genuinely can’t afford a regular class. What is your experience of this? I’m not averse to working cheap, or free, but don’t like to be taken advantage of. What are your thoughts??x

Yes, I understand your concern.

What I basically do, myself, is to have several different activities to support my lifestyle. As well, I personally feel that the stingy people are among those most in need of yoga, and can benefit the most from my style of class, which is one reason why I am enthusiastic about connecting and sharing with them, as I am with all. To me, such an event is a golden opportunity to illustrate beautiful truths to them through our shared practice that will open their hearts and inspire non-greed.

Furthermore, one of the 4 main branches of yoga is “Karma Yoga”, which is commonly miscommunicated as being repetitive work that cleans up your karma, or unselfish action. In fact, the real essence of Karma Yoga appears when one becomes unconscious of the fact that the present action leads to some future end, containing the fruit of ones actions. The real essence of karma yoga lies in performing all activities in a manner which is so engrossed in the relishing of the present moment that the result is a life in which the burden of the calculating mind is lost in blissful rapture.

Hence, a very significant part of my philosophy is spontaneous existence without expecting anything in return. Of course, the universe works on the principal of action-reaction, and so whatever we give we get back in some form or another.

If we give love, we get back love. If we give peace, it is this that we receive in return. If we give in abundance without boundaries, it is that with which we are blessed.

There is one caveat though… and that is that the giving of these things be truly heartfelt, and not being done out of a feeling of obligation. The same principle of action-reaction is true in this case. If we give out of a sense of obligation, then we will live out a portion of our lives feeling as if we are slaves to a system of obligations. Though, we are all FREE!

The universe works in mysterious ways, and I am no longer worried about receiving little colored paper notes which are quite an inaccurate measure of my value/worth as well as of the rich life that I live. However, these bills are certainly of value in certain spheres of existence, and I use them quite often…. But it is only one form in which I receive from the universe!

In fact, I feel grateful very VERY often for all of the material objects and food and other tangible items that come my way without any exchange of paper notes!

May your cornucopia overfloweth with the manifestation of your dreams!