Just about a year ago I got on a plane to leave the clean and beautiful life I was leading in Geneva, Switzerland. I had given away all of my jewelry, clothes, shoes, artwork, and most of my books. When I left, all I had was a 70 liter hiker’s backpack, a suitcase full of devotional items, a carryon luggage with my most precious books, and a small backpack with my laptop and toiletries.

One of the defining moments in that day before I got on the plane was placing my $400 black boots that had been worn only a handful of times into an Ikea bag on top of a huge pile of other shoes (lined up next to another bag of shoes of the same size) and then dropping them all off at the charity shop down the street from my apartment; ( The thought still triggers a burning sensation in my chest.) and that night I had a severe anxiety attack. I felt as if I was jumping off into a big black abyss without a parachute.

It began to really hit home that I would no longer be able to dress myself up like a model on a magazine cover and flaunt myself in the streets to boost myself when I was feeling in need of some stroking of the ego. It had taken me 28 years to build a wardrobe that allowed me the luxury of shuffling through myriad personalities on any given day to play one part or another, and I was dissolving it all in a matter of hours.

In my enjoyment of these pleasures of the material world, I gave the argument that there is nothing wrong with ego, and that it is the attachment to ego which causes suffering…. I therefore took great pains to enjoy my ego, whilst continually reminding myself to not be attached to it. Though it wasn’t enough to live in constant remembrance of that principal, as not only was it inherent to that remembrance that there be an effort involved in the act of recall, hence preventing me from the effortless existence which I was known to endorse so strongly, but also that remembrance implied that the principal was not completely assimilated into my being, and so I was just not in full practice of that which I was preaching…  and so one day I dared myself to firmly engrain it in my being such that I may never have to make the effort of standing witness to my own detachment again.

I knew I had to do it…. Otherwise I would not have been able to live with myself. Was I saying the Truth–the absolute universal truth, not

the personal truth, which is really nothing short of a biased perspective, and hence opinion–or was I just haphazardly throwing around spiritual sayings in a blasphemous manner, making myself sound more attractive for my exploits? Although I felt almost completely convinced that I was true to my philosophy, I recognized that this conviction was made by a subjective observer who was not immune to bias.

At the same time, as a student of theoretical physics I was becoming increasingly disgruntled with the academic science community’s rejection of all subjective observations. However, the motivation for this rejection was based on the assumption that subjective observations are rampant with bias, which in most cases is true. In this age it is typically encouraged to have opinions and cultivate individuality, and hence a strong bias in all perspectives. I, therefore, became wildly passionate about demonstrating that information acquisition through subjective means is only as valid as its lack of bias, and NOT that it was completely unreliable as a means in itself. What followed was a complete surrender to this idea around which I began to construct my brainchild “Advancement of Civilization Effort” (which is currently still in the works, and the second version of the website is projected to be released in the next year or two as time and resources allow).

I realized that the validity of what I considered to be my life’s work was compromised by my own bias. How could I advocate that it was the attachment to ego that was the cause of suffering and not the ego itself when I had never formally challenged my reaction to a complete termination of that ego? So, coming to the realization that I could unknowingly be a hypocrite, I reasoned that the only way I could exercise my will to undo and prevent this from happening was  to dare myself, “Put your money where your mouth is.”

Furthermore, having resolved to do as such took immense trust in Ishwara Pranidhana–Surrender to the Cosmic Will–one of the basic principals of yogic lifestyle.  This was again a challenge to myself to be cured all levels of hypocrisy, as it was not out of the ordinary to hear me saying that surrender to the higher power would always result in all resources being laid at one’s feet do to the higher works, and, therefore, there being no need to fear for a lack of abundance or survival when actions are performed in a devotional manner.

I preached about the absence of need, and so I resolved to cure myself of all need, of all want, of all desire. I resolved to live a life around which the central theme would be purification of those limitations of my own consciousness obstructing me from full identification with absolute truth, pure consciousness, bliss, divinity, beauty, love and abundance. I knew that I must purify myself of all attachment to my own selfish agendas, affording me the karmic tokens to live the enraptured experience of being a pure channel for the divine purpose.

…. And so I let go. And the experience of the next several months that followed is best described as being caught in a hurricane, and 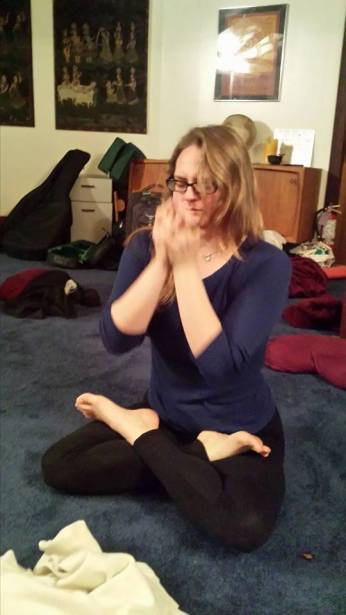 finally landing in a seemingly endless labyrinth (which is a whole other book of a story). Surely this was caused by the energy release of so many attachments being fissioned all at once (at least I can invoke the freedom of authorship to look at it poetically in this way, n’est-ce pas?).

So where does this leave me now? Well, here I sit more or less comfortably on the couch in the Yoga Society of San Francisco, where I now reside. I say “more or less” for a few reasons, all of which can be traced back to attachments to comforts of my old life. So the reality is that I am NOT currently completely cured of my attachments, but rather that I have made a conscious decision to put myself in a position which allows me to see them very clearly.

As well, that ever-present sense  deep down inside of me  that something just wasn’t right has now been eradicated. I came to really live the experience that no matter how many blankets of comfort are lain on top of an inner insecurity, the slightest compromise of integrity within can be the ultimate demise of an otherwise self-realized, divine existence; no matter how good it looks and feels externally, there cannot be a shred of doubt in the integrity of the implementation of that life, if it is to qualify as good and blissful through and through. Before, I always felt as if the spirituality of my external, manifested sphere of existence had a superficiality about it. I felt an inconsistency between my claims and the reality… and finally, now that is gone. Now I can live with myself with a light heart, with no more guilt of the minute possibility of hypocrisy. (Who knows, I may be a hypocrite, but at least now I don’t doubt myself!)

Of course, I am at present experiencing the external discomforts of the detachment,  but at least I was aware enough when beginning this process to anticipate and prepare myself to a great degree for the discomfort that I would experience. These minor discomforts will pass with time as I settle into my new life as a sannyasi, a female renunciate. And, it is all worth it, since I am aware that although that thing with which I had once identified as “Me” is gone, I am walking a path to a different, more complete, more absolute, more omniscient, less one-sided, less biased understanding about who that I-principal is. Now I feel confident through and through with my convictions, and I can start from scratch rebuilding a divine life from the absolute bottom up, such that the next time that I am graced with divine experience that I may not create a snag in the experience through the effort of witnessing. 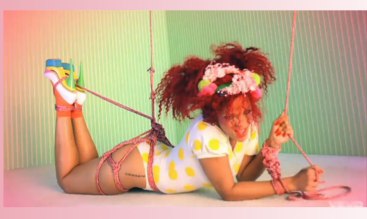 Kaula Tantra is characterized by tantric practices which are performed within a community. Tantra means “expansion-liberation”, and kaula means “family” or “community” – the community can be open or closed, and typically there may be a core, inner circle in which more esoteric practices are performed amongst members. One of the practices of such an inner circle is to address and perform actions which may be considered taboo within certain populations, demographies, cultures, religions, etc. The purpose of this is that through the acting out of these taboos, the stigma of the action is removed in the mind of the practitioners. (Such actions may need to be repeated a number of times before the stigma is completely removed.)

Why this and how does it relate to Tantra?

The presence of a stigma implies that there is a the manifestation of a given unsavory reaction in the mind of the individual whenever the taboo in question comes into his or her consciousness, whether as witness or participant of the action, or perhaps only in conversation. First of all, that unsavory reaction is, in a very direct way, draining the well of energy of the individual, that which may otherwise be utilized to promote one’s own projects. The reaction is a distraction from the individual’s resolve and focus on that resolve, hence limiting growth and not allowing for expansion and liberation.

As well, the reaction is a symptom of the existence of a samskara–a latent impression in the subconscious mind–acting as the gravitational center around which a vortex of a karmic cycle is created. It is these cycles which deter the consciousness away from awareness of union with and identification with the Infinite, Absolute, Formless, Nameless, Ineffable Divine.

In short, by addressing taboos within a community in which one feels safe letting down one’s guard from the criticism of family, friends, society, or any other group, one is in initiating a healing process which will bring him closer to self-realization and divine life.

Some good questions to ask yourself to help identify your own taboos and samskaras:

If you have answered yes to any of these questions, then this can be used as an indication of where to begin your search of samskaras to dissolve.

Durgananda Saraswati recommends that practices associated with dissolving samskaras and ending karmic cycles should be performed by advanced practitioners under the guidance of a guru or qualified teacher.